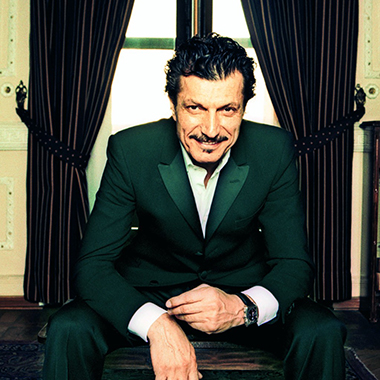 Currently living in Istanbul and Zurich, Switzerland, Burhan Öçal found himself in the bosom of the world of music and art from the very first days of his arrival in Europe. His inclination and enthusiasm for discovering new horizons led him to meet prominent global musicians and artists at an early age, with many of whom he had joint projects, and he continues working with them today.

Having performed several concerts across the globe and meeting the legendary Joe Zawinul, the creator of Weather Report, radically changed his career plans. He performed as a soloist for 10 years as a part of Zawinul’s symphonic jazz project.

Never losing touch with his roots, Öçal formed the ‘’Istanbul Oriental Ensemble’’. In the course of 20 years, the band gave concerts across the globe and became a world famous ensemble. The first two albums, Gypsy Rum and Sultan’s Secret Door, which Öçal recorded with the ‘’ İstanbul Oriental Ensemble’’ received the ‘’Preis der Deutschen Schallplattenkritik’’ award, the German equivalent of Grammy. During that time, he met Sting with whom he has performed for many years. He gave concerts in several countries, including prominently the US, alongside the world famous Kronos Quartet. In the same year, Öçal met Eliot Fisk, the renowned classical guitarist. This duo gave concerts across the US and Europe for 10 years. Öçal released the Groove Alla Turca album with American jazz bass guitar player Jamaaladeen Tacuma, an important jazz artist and also a close friend. His solo album Jardin Otoman received Le Monde de la Musique’s ‘’Choc’’ award.

As a homage to his homelands Trace, Burhan Öçal recorded two albums and gave various concerts with ‘’Trakya All Stars’’ orchestra. The albums and the orchestra’s success was none the less. Both albums were nominated as the best ethnic music albums in Turkey.

He is a regular guest at the Jazz Festivals in Montreal (where he before an audience of 150 thousand) Montreux, Chicago,Paris,Istanbul,Vienna,Berlin as well as the Womad World Music Festival.

Öçal also performed as a soloist with many spectacular Symphony Orchestras. With British conductor Howard Griffiths and the Zurich Chamber Orchestra he released the Concerto Alla Turca album in 2007.

Öçal’s undying passion for cinema led him to acting. He is playing the lead part in several cinema films and some television dramas. He had been the ad star for the renowned Derimod brand and was performing for a video clip alongside hip hop artist Pharell Williams during a commercial shoot for the Hennessy brand, Öçal became the ad face of the brand in the US. His works with artist like the world famous photographer and director Michel Comte.

San Francisco Classical Voice - “…my first impression was that if Zakir Hussein is king on Indian tabla, then Burhan Öçal is emperor of Turkish darbuka drumming. Öçal is also an entertainer with irresistible charm..."

Le Monde - "(They weave) togather the sacred and the profane, the poetic and the stylish, in perfect harmony."

Edmonton Journal - “Turkish music has never enjoyed such a warm reception in Edmonton as it did Wednesday where Burhan Öçal led his I.O.E. through a two-hour-plus show for some 1,100 new fans. An atmosphere of romance and mystery pervaded the hall as the sextet played a dizzying array of tunes from Turkey’s roots in the Ottoman Empire, juggling displays of splendid solo virtuosity with frenzied, intricate interaction. Chalk up another success for the World at Winspear concert series.”

Los Angeles Times - “Öçal was a multi-instrument wizard. He soloed for a good 10 minutes on darbuka, fingers flying, using his astounding digital dexterity at the service of a gripping, spontaneous musical invention. The most fascinating passages were the individual improvisations – as essential to Gypsy music as they are to jazz. Coskuner and Bagi, serving as a rhythm section, propelled the music with enormous energy, even during such offset rhythms as the 7/4 meter of Öçal’s “Katar Caravanserai.”

LA Weekly - “Öçal and the ensemble capture the expansive feel of those dynastic days with little trace of static preservationism. This concert’s a delectable double-whammy – top tier improvisational roots music performed in one of the best acoustic settings in town.”

Austin American-Statesman - “Burhan Öçal knows how to work a crowd…his alluring vocals and gentle twangs from the tanbur charmed the near-capacity crowd. The I.O.E. is a tight, cohesive group, their solo dynamism enhanced by a collective rhythmic drive.”

Daily Texan - “…an ecstatic crowd of dancers filled that same stage, bringing the set to a brilliant, nearly orgiastic close. As the ensemble received a standing ovation for their penultimate song, Öçal grinned at the crowd. ‘Now,’ he announced with authority, ‘let’s dance.’ ”

La Nouvelle Republique - "Each season there are certain evenings like this. Evenings when you say to yourself, This is really exceptional. Superb, magical.' So it was Friday night with the Istanbul Oriental Ensemble and its extraordinary leader, Burhan Öçal. In brief, Burhan Öçal embodied more than just music, but rather a page from history and the power of an unceasing imagination. He is, simply put, one of the best percussionists I have ever heard."

La Liberation - "The sonorities are exceptional. A jubilant virtuosity and energy suffuses his music."

FrankfurterAllgemeine Zeitung - "Mr.Öçal's music is a great cultural feat. His tone is diverse, complex and sophisticated. His virtuosity, superb."

Le Nouvel Observateur - "Mr.Öçal offered a survey of the great music and poetry of The Ottoman Empire with his infinitely refined and perfect ensemble. He produced nothing but delights.,"

Tages Angzeiger, Zurich - "Energizing the concert was the Istanbul Oriental Ensemble with Burhan Öçal, who expanded the boundaries of conventional programming. The overall effect was stunning." 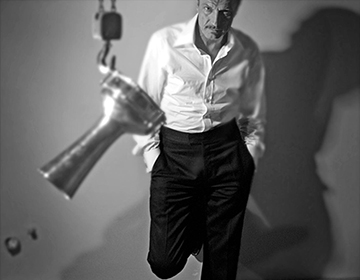 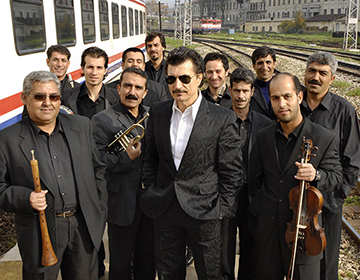 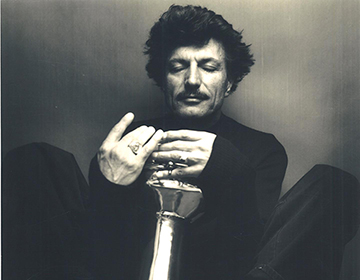