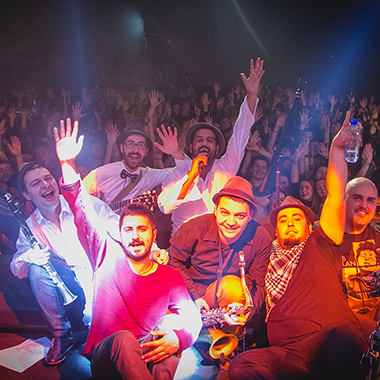 What happens when a roma activist, meets an Albanian nerd on guitar, the king of drummers of Kosovo, roma of course, an Kosovan turk on bass and two Macedonian guys that has studied jazz in Austria on the horn section?

Their musical journey is the best you can get for your festivals and clubs.

Throughout the history, music was important part of every culture, as a key instrument for the expression of different emotions. The songs were inviting to war, celebrating love, family, friendship, the successes and failures, sending the peace messages and providing civil resistance.

Gipsy Groove is for sure one of these bands that is sending the message of peace through their energetic performance and very deep and engaged lyrics.

Gipsy Groove, formed in 2010, plays authentic Balkan Romani music, injected with other musical influences like jazz, reggae, funk, ska, drum and bass, etc. Gipsy Groove is the only band in Kosovo performing this kind of music. Their performances are charismatic, energetic and often improvised. Their music is not only the great sound to listen to, but it invites both body and mind to move and rethink the questions of justice, discrimination and racism and take action. They are example of music power against prejudice and social issues. The band members are from a variety of ethnic backgrounds and they bring this cultural diversity as well as their commitment to human rights and peace into their performances. Gipsy Groove music emphasize the role and importance of engaged artistic work in peace building process

Gipsy Groove has progressed from an unknown band to a well-known one by becoming a part of the list of regular performers in Kosovo’s most frequented venues and events. The band has definitely achieved to break the prejudices people have, not only about Roma community, but they are also example on how people from the different background, coming from different communities can work and create together. They are very good in spreading the culture of peace even across Kosovo borders. They are perfect example that music doesn’t know the borders!

The band has recorded their first album named Gipsy Groove in 2013 containing 8 songs, including their cover versions of well-known traditional Romani songs. In December 2014 they published their second album named BalkanMania, with original songs, composed and arranged by the bend members. New songs are talking about freedom of movement, woman empowerment, love and rock and roll and are inviting your body to dancing till down. 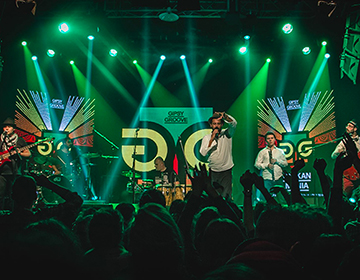 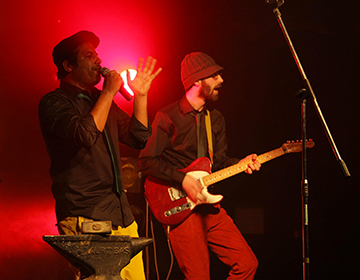 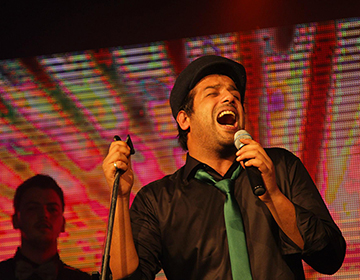 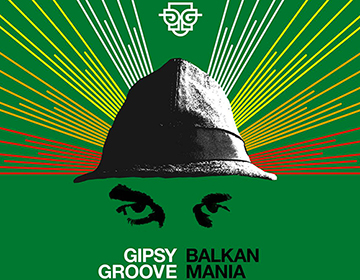