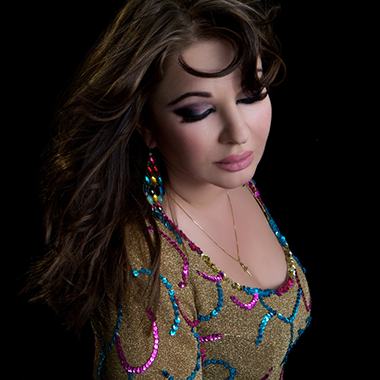 Natacha Atlas’s new offering, Myriad Road, sees her combining creative forces once again. This time, she has worked with one of France’s most eminent jazz musicians, Ibrahim Maalouf – the highly-garlanded Lebanese-born French jazz and classical trumpeter, producer, and composer – to produce her first jazz album.

“The first time I saw Natacha was in Istanbul,” says Maalouf. “We were at the same concert given by Smadj, who plays the oud, and he invited us up onstage to join him. Far from being an oriental cliché or pseudo-orientalist, the Natacha I met was a woman who was undeniably in touch with the world around us. Multicultural. Open to English-, French-, and Arabic-speaking cultures. But most of all, I recognized in Natacha a voice that’s unique. Hers is, perhaps, the only Arab voice in the West today which can truly claim to be authentic; at once contemporary and modern.”

A few weeks later after this chance encounter, both artists carefully began putting their ideas together in a subtle blend of their shared cultural differences. The result? The return of the Atlas voice, unafraid to leave the clichés of Arabic songs behind and to explore fresh musical terrain while maintaining the haunting integrity of the Middle-Eastern inflected vocals that are her hallmark.

For Maalouf, Atlas’s return is one “[…] where there’s a risk of disorienting those who can still see Natacha whispering ‘Mon amie la rose’ and sashaying around in brightly-coloured sequinned dresses. But to all those people who have no trouble imagining a different Orient, one that’s more in step with today’s world, this album will make complete sense.” As Maalouf astutely observes, Atlas’s return in Myriad Road with its unprecedented seamless integration of jazz and Arabic vocals tests boundaries and fearlessly opens up new musical territories. But then, these two characteristics have always defined Atlas’s output, making it as rich as it is diverse, as even a brief look at some of her most recent work demonstrates.

In 2013, Atlas and her long-time collaborator Samy Bishai co-composed the music for the contemporary ballet Les Nuits – a work very loosely inspired by One Thousand and One Nights – for the internationally-renowned French choreographer, Angelin Preljocaj. At the same time, in 2013, Atlas released an entirely different project: Expressions Live in Toulouse – a live recording of a special event in 2012 at the Theatre Nationale de Toulouse. Before this, in 2010 Atlas produced Mounqaliba: an album defined by its lavish orchestrations by Bishai. And, in 2007, Atlas brought out her first acoustic album that featured classic Arabic songs, Ana Hina, to overwhelming critical acclaim.

In working with the celebrated Ibrahim Maalouf to produce this stunning jazz album, Atlas again proves her ability to challenge herself whilst retaining her unique synthesis of Western and Middle Eastern musical traditions. Already being hailed as a game-changer in its pioneering marriage of jazz and the mystique of Arabic vocals, Myriad Road delights and disorients by turn, an irresistible combination sure to enrapture Atlas’s current fans and to seduce new ones. 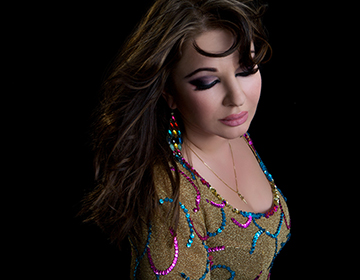 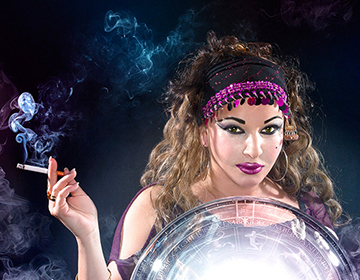 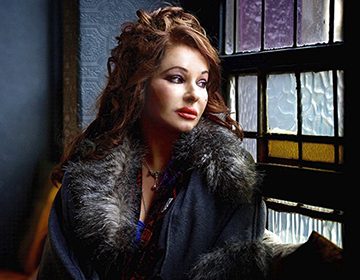