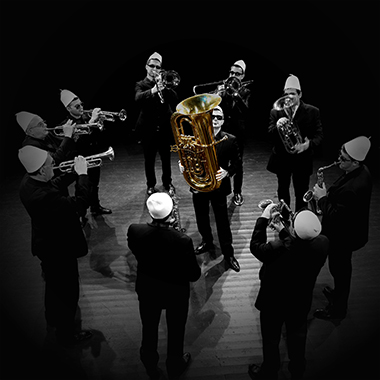 Fanfara Tirana is surely one of the most entertaining brass band coming from the Balkans.

Formed on 2002 by a group of friends from the Albanian Army band who decided, in a light-hearted fashion, that it might be worthwhile to form such a band, just to see what might happen. They contacted veteran singer M° Hysni Zela and persuaded him to come out of retirement and join them, which is when the serious fun started. Taking the time-honoured tales of heroes and lovers that are the backbone of the Albanian tradition and infusing them with the pumping rhythms of the best Balkan brass styles, they have created something truly innovative yet totally representative. Already blazing new trails at home and now ready for export.

After headlining at Europe bigest festivals as Roskilde, Sziget, WOMAD ... selected at WOMEX 2007 and 2013, TOP 20 at World Music Charts Europe with their first album, TOP Of The World for Songlines Magazine 2007 and many other goals was time for a NEW ALBUM!, their new project, "KABATRONICS". Their latest album, released by Piranha, "Albanian Wedding - a brass explosion" climbed higher and higher the World Music Charts Europe for months, but with their new studio work Fanfara Tirana has gone further on and delivered the whole album to the londoners manipulators, the brilliant minds of TransGlobal Underground. The result is a blast!

Now they are working on Kabatronics Vol II, a new project with the Italian band Modena City Ramblers and on 2017 with the genius piano player and composer Robert Bisha.

fROOTS (UK)
2007 - Yet "Albanian Wedding" is a striking debut.
2013 ***** - "Yes i knew it was going to be good, but perhaps not this good. Kabatronics is a proper album like wot they used to make: diverse, consistent, well produced and with a whole that’s greater than its many impressive parts."

SONGLINES (UK)
2007 - It’s a beautiful sound.
2013 - Fanfara Tirana could stun a badger at 50 paces. Otherworldly sound of pealing clarinets over flugelhorn, saxes and trumpets, and the strangeness of their rough, gruff harmony vocals. Kabatronics is a winner

BRESCIA OGGI (IT) - "Splendid performance. If there is an adjective well suited to the concert this is definitely "amazing". An extraordinary band."

FOLK BULLETIN (IT) - "And that good music, rhythmic, insistent. The audience, who danced and sang incessantly throughout the concert. "

LA REPUBBLICA (IT) -" A disruptive brass orchestra from Albania, which is winning the public over Europe."

IL TRENTINO (IT) - "A wild concert of dance music."

LIBERAZIONE (IT) - "A triumphal for Fanfare Tirana in the central squar.".

MIGRANEWS (IT) - "While we leave an old lady says that she enjoyed it very much, she danced so much despite his arthritis and asks when we will be the next concert of Fanfare Tirana." 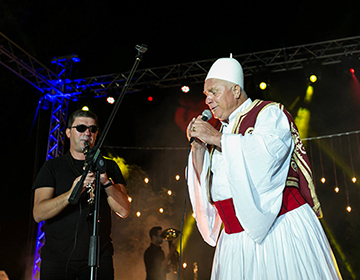 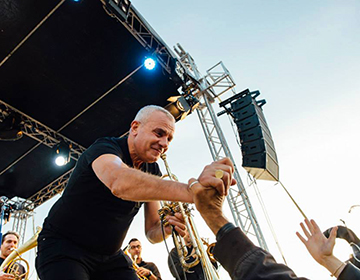 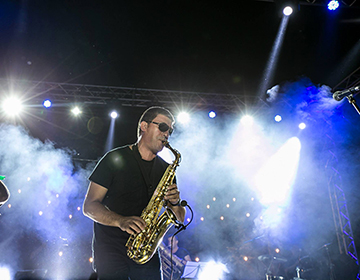 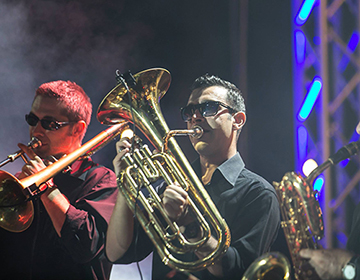